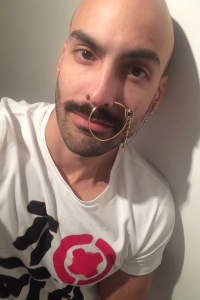 Vikram identifies as Indian-Norwegian, gay and spiritual. His fiction and nonfiction have appeared as books, in anthologies and in magazines in Norway, India and elsewhere.

“Vikram is an ascetic hedonist, a disciplined eccentric, and a subversive worshipper. Fuelled by chocolate and protein bars, and inspired by an entire global pantheon, he explores life in raw, yet beautiful poetry and prose.” 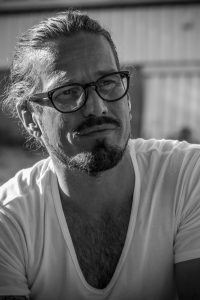 Stefan identifies as German-Norwegian, gay and humanist. He is a copywriter, contributing editor, board game creator, designer and conlanger.

“Stefan is a creative polymath. He lives up to his surname, Storm. An overflow of creativity, intelligence and passion for language results, among other things, in him creating his very own language from scratch.”